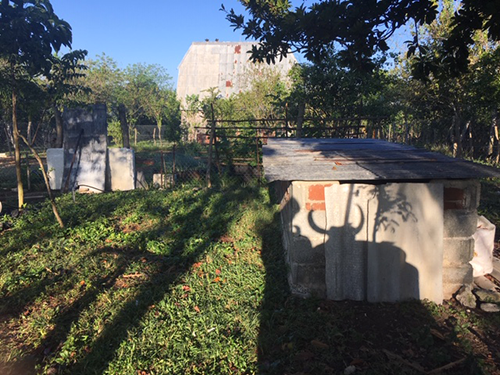 Founded upon the principles of cooperation, community and care for the land Jose Casimiro, the legend of permaculture in Cuba has created a blueprint for low impact self sufficiency, and naturally he has lots of worms.  The 24 acre farm located a few miles from Sancti Spiritus is home to four generations of the Casimiro family, living collectively, and in harmony with the land.  The opportunity to experience life on the farm as part of my Winston Churchill Memorial Trust Travel Fellowship was a powerful insight into the potential for off grid living, the importance of integrated systems and the ability of the sacred earthworm, with the help of the sacred cow, to regenerate the land.

Known as the farmer-philosopher for his staunch advocation of organic principles, Casimiro established Finca de Casimiro in 1993, the year of the birth of his youngest daughter, Leidy, and at the height of the collapse of the Soviet Union.  Despite the Cuban Government having little faith in Casimiro’s plans to convert the heavily contaminated land, which has been in the family for generations and was once under intensive tobacco production, Finca de Casimiro is now famed for its success, receiving visitors from around the world to learn from his methods.

The cow is integral to the success of the farm. The herd of 17 cows, each producing 10kg’s of manure a day feeds the bio-gas digester (designed and built by Casimiro) providing energy to run a fridge freezer, a television and power for each of the small family dwellings. During the day the cows freely graze the land, returning to the barn at night located metres away from the biogas digester and worm farm. Every morning after milking the cows manure is fed to the biogas digester.  The sludge from the biogas digester is then channeled back to the land, providing continuous feed for the earthworms in the ground. Casimiro’s worm farm, housing over 500,000 composting worms, is allocated 1/3 of the manure as feed, with worm manure being used to start off seedlings and for use in the food forest. From a gift of 9 worms in 2001 the worm population has exponentially grown. 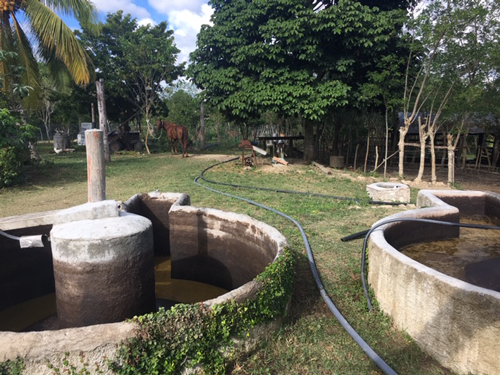 The biodigesters at Finca de Casimiro 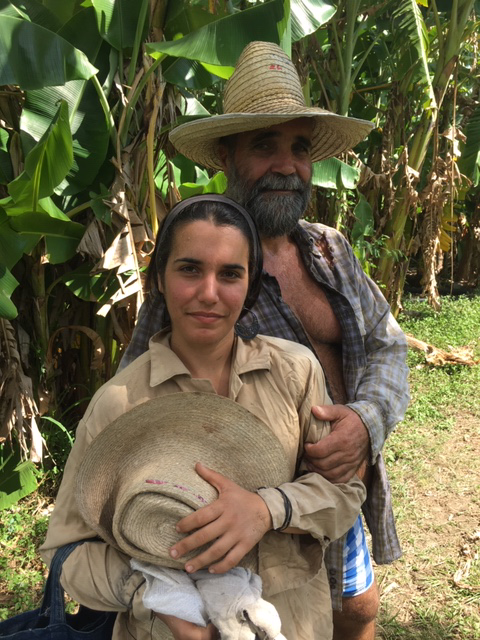 The regeneration and remediation of barren farmland stands as an exemplar for the potential for earthworms to clean land contaminated from the heavy use of agricultural chemicals. The process known as vermiremediation presents great promise and hope for bringing land back into production that has suffered the impacts of over-farming. There now exists extensive research on the role of earthworms and scientists have discovered that bacteria found in the gut of an earthworm detoxifies pollutants, while secreted coelomic fluids destroy pathogens. The process of vermiremediation has successfully shown to reduce contaminates of heavy metals, DDTs and PCBs.

There are currently approximately 2000 biogas digesters in operation in Cuba, although the by-product is not being utilised fully for feeding worms.  Only 2% of the Cuban farming community have adopted permaculture in their practices. Casimiro believes farmers do not push for support with worm farming as the government is freely supplying agrochemicals, which is easier. A return to conventional farming practices after the recovery from the collapse of the Soviet Union has retarded the spread of permaculture on the island, and genetically modified crops have been under cultivation since 2008. Casimiro rejected the insistent offer of genetically modified seeds from government officials, although other farmers trialed the seeds only to later abandon the crop.

Finca de Casimiro breaks the mold and a thriving family community self-sufficient in alcohol, soap (made by hand with ash and coconut oil), vegetables, honey, rice, meat, coffee, tea, cheese, milk and energy is a shining example of what can be achieved when working with in cooperation with the land. Materials are traded rather than money exchanged and during the rice harvest, the family trade rice for the use of the harvester borrowed from the local community. If the island’s economy were to collapse tomorrow, and as the long as the sun continues to shine, the Casimiro family will continue to thrive:  permaculture is permanent.

There is a paradigm within our culture that wishes to eradicate animal husbandry – except that is for dogs, cats and other cute domestic animals -from within systems which have relied upon them for millenia. This is understandable from the perspective of modern animal farming and the consequent destruction of the environment and cruelty to the animal inherent in intensive practice. However has consideration been taken as to where the nutrients required to feed the soil are coming from to feed humanity?

Perhaps Finca de Casimiro offers a blueprint that satisfies both the desperate need to repair the soil, and greater responsibility toward better standards of animal husbandry.