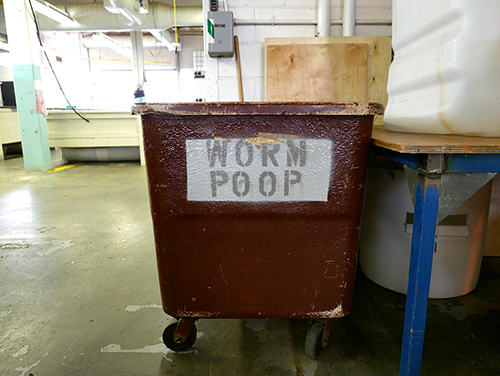 The penitentiary system in the United of States of America is famously questionable for it dubious relationship with corporations and the exploitation of free labour. However, The Worm Farm inside Monroe Correctional Facility in Washington State is exemplary of the potential for prisons to serve the community whilst providing rehabilitation and meaningful activity.

Head of the worm farm operation is inmate Nick H who has been driving the programme since 2010 and is now leading the management of 10 tons of food waste every month. Starting off with humble beginnings of only 200 worms the worm farm now houses over 9 million worms and supplies local charitable organisations and other prisons with worms and handmade upcycled worm farms without charge. Established on a very small budget and built entirely from reclaimed materials the worm farm covers a floor space of 13,000 ft2 and has saved the prison over $100,000 in tipping fees.

Worm farming is all about symbiotic relationships and The Worm Farm illustrates this wonderfully by working collaboratively with Monroe County Council. Every month The Worm Farm are supplying 5000 gallons of worm casting tea, a nutrient rich organic fertiliser for use within public spaces within Monroe, reducing reliance on synthetic fertiliser and cutting council spending costs. 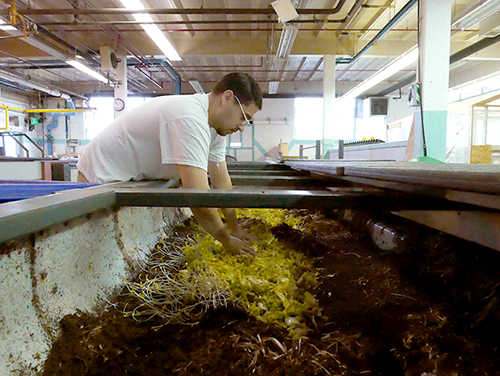 It doesn’t stop with the worms, The Worm Farm are pioneering sustainable organic waste management and after hearing about Black Soldier Fly Larvae (BSL) throughout the duration of my Winston Churchill Memorial Trust Travel Fellowship as being the next big thing in waste management, to see it for the first time in a prison was inspiring. To overcome the challenges of worm composting meat and bones BSL was introduced into the system and proved to be very efficient, with a whole rat (dead) being consumed over the period of a weekend. Again working collaboratively with the outside community, The Worm Farm donate the grubs which are very high in calcium and protein – and a favoured meal of reptiles and birds – to Seattle’s Woodland Park Zoo and to a local poultry farmer who then donates eggs to a local food bank. Closing the loop again the manure from the BSL is then fed to the worms. Bokashi composting – an anaerobic process that relies on inoculated bran to ferment kitchen waste – is also integrated into the system. 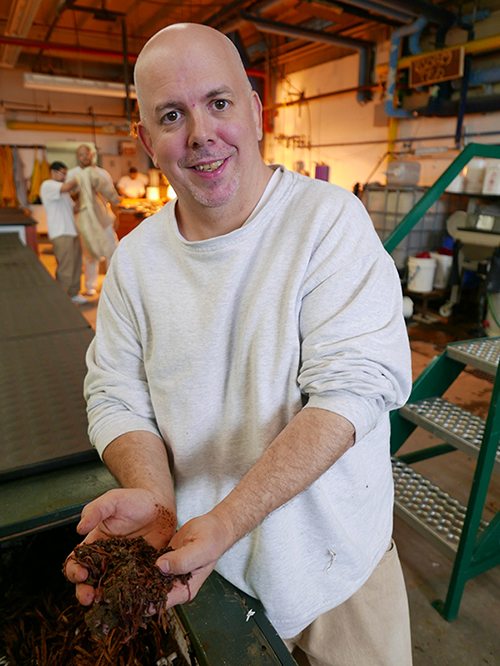 Nick H, a.k.a. the Worm Dude, has become something of a celebrity delivering an inspiring and well informed Ted X talk titled The Power of Sustainability from Monroe Correctional Facility. The prison has become a centre and source of worm farming expertise with the outside community seeking knowledge and advice, which Nick is passionate about sharing.

Inspired by my experience at Monroe Correctional Facility and with the support from WCMT and working collaboratively with Dr Sam Ewell, volunteer chaplain and advocate of organic urban agriculture The Urban Worm established a worm farming operation at Birmingham Winson Green on a social and elderly care wing of 50 inmates. The wing was well positioned to integrate a worm farm with a garden and polytunnel.

From an introductory mini worm farm workshop with 100 worms the operation has grown to two 360 litre wheelie bin worm farms, adapted by the inmates themselves. The worm farm has grown to over 5000 worms and now processes roughly 4kgs weekly. Three inmates are thoroughly engaged with the programme and the level of care for the worm farms is exceptional. The opportunity to have responsibility and nurture is essential for our wellbeing, as we need love we also need to give love and the worms offer the opportunity to manifest this need to inmates.

Due to operational changeover from G4S to government management after questions and concerns over the control and administration of the prison, progress for expansion has come to a halt. Despite these unforeseen circumstances the project demonstrated the capacity for prisons in the UK to adopt partnerships and work collaboratively with the wider community, and we endeavour to support prisons to adopt sustainable waste management practices by harnessing the power of the earthworm.

The story of the earthworm teaches that we are within our power to continuously regenerate, renew and rebirth ourselves, looking forward and learning to forgive others and to forgive ourselves. Inmates who have committed crimes are now serving their community and bringing new life and hope into the world everyday. Just as the earthworm converts discarded rotting waste into a fine material for new life, to live by adopting this learning within our own lives we can accept that things change and there is always hope and the opportunity to become the best version of ourselves. Worm farming in prison provides opportunities for meaningful activity and can significantly contribute to the reduction of waste management fees and the cost of fertiliser for local councils. As the uncertainty of Brexit looms over the UK, finding new ways of working and recognising the value of our waste will be essential.