Whilst the food security populists are waxing lyrical about hydroponic farming The Urban Worm does not share their enthusiasm.  In case you happened to miss the hype, hydroponic farming is now the hippest technology heralded to save humanity from starvation – but everything comes at a price, and it’s a big price to pay. For those of you unfamiliar with the process hydroponic farming comes under the umbrella of controlled environment agriculture (CEA) replacing sunlight and soil with LED lighting, AI technology, lots of plastic, lots of chemicals and lots of cash. 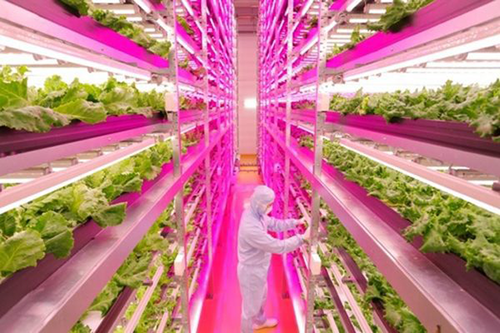 To get you started on the hydroponic farming ladder a 500 square foot farm from ZipFarm™ will set you back around £50k for a fully automated lighting and nutrient dosing system, not including ongoing inputs of rent or utility bills.  Your hydroponic farm will however provide you with leafy greens 365 days of the year, with increased yields of 90 %, and saves 95% of water in comparison to conventional farming methods.   But let’s not get too excited, last time we checked leafy greens didn’t constitute a well-balanced nutritional diet, more of a garnish. However, the water conservation element of hydroponic farming certainly has its appeal and merits. A recent report by the United Nations revealed 5 billion people are expected to be living in water scarcity by 2050, and considering 70% of global freshwater is used for agriculture it cannot be denied that agricultural practice requires an evaluation and reorientation.

I am not going to delve into a critique of conventional agriculture – the extensive  catalogue of academic papers on the inefficiency, unjust and unecological methods of chemical-dependent conventional agriculture do that fine – here we are concerned with the implications of the nutritional value and the powers of control of commercial hydroponic farming.

On the topic of nutrition, there appears to be conflicting research on the nutritional value of hydroponically grown produce in comparison to conventionally grown produce.  Some studies showed hydroponically grown produce to be higher in nutritional content, others the opposite. Despite this inconclusive body of work, investment in hydroponics is huge: the industry is currently worth $8 billion and projected to be worth $16 billion by 2025. It is worth noting that in 2016 Scott’s Miracle Gro saw their profits increase by 300% after the acquisition of hydroponic suppliers Gavita, Botanicare and General Hydroponics. Scott’s further acquired Sunlight Supply Inc in 2018.

Admittedly The Urban Worm is openly biased towards the production of food grown in healthy soil. Soil is life,  it contains all the microbial life and nutrients  essential for plants to thrive, and we understand that the nutritional quality of food is derived from the quality of the soil it was grown in. Undeniably we are facing a crisis of the soil.  After nearly 200 years of chemical dependant agriculture the UK has lost 83% of fertility faces only another 30-40 years of harvests until complete nutritional loss. This is certainly a stark scenario but one that can easily be addressed through regenerative agricultural practice. The rise in commercial hydroponic farming feels like a betrayal, abandoning the soil after it has been used up for all its worth. Does this trend threaten to remove us even further from the foundations of life?

Greater reliance on hugely expensive advanced technology, with dependence on generated energy and artificial chemical inputs is not the route to food sovereignty or food security, it simply places our food system firmly in the hands of corporations.  This is not the argument of a Luddite, on the contrary – the overarching issue with hydroponics is the hijacking and corporatisation of our food supply, dependent on linear high cost inputs with questionable nutrient quality.

There does exist a place for soil-less farming, in particular within the urban environment where methods such as aquaponics (utilising fish waste as fertiliser) and vermiponics (utilising worm manure as fertiliser) present closed loop circular solutions. Whilst aquaponics is common, in the UK vermiponics is relatively unknown, although it presents some exciting opportunities that liberates the world of hydroponics from reliance on agricultural chemical companies. In 2017 The Urban Worm provided consultation for Urban Catch, a Scottish based aquaponic social enterprise trialling vermiponics funded by the Department for Environment Food and Rural Affairs. The trial resulted in a 35.87% increase in growth by weight when using vermicompost nutrient solution in comparison to water fed crops.

Whilst technology presents solutions that can be replicated on a human scale we must not lose sight of the importance of soil health and abandon traditional farming methods in favour of advanced systems that exclude participation by anyone other than corporations. 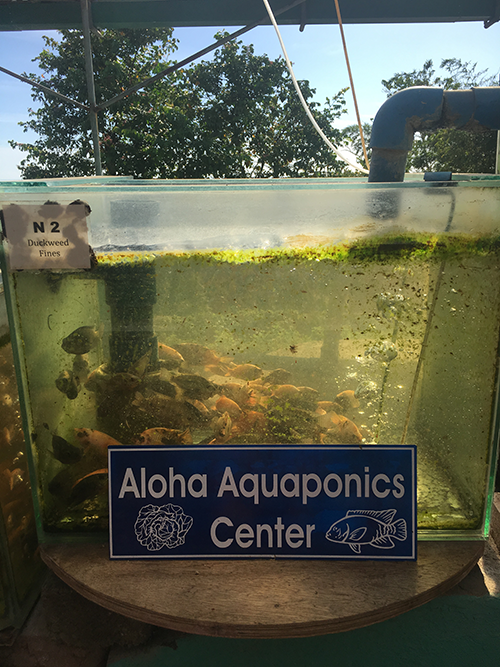