Anyone who has had the pleasure of reading Kristin Ohlson’s wonderfully inspiring book The Soil Will Save Us will understand firstly that there is hope – reversing catastrophic climate change is possible; and secondly that ultimately it is the farmers that hold the power to save us: the ‘stewards’ of the soil.

The soil is a complex web of billions of microorganisms working in symbiosis to sustain life on earth, it is also a giant carbon sequestering sponge. However, ill informed and irresponsible farming practices that have employed the plough and heavy agricultural machinery to chop and churn have unsurprisingly caused havoc and despair for the life in the soil, worms and all.

A soil comparison: an example of no-till farming on the left demonstrating considerably less compaction

Whilst farmers are seemingly aware of the importance of earthworms in their soil there appears to be a cognitive dissonance when their practices suggest otherwise, or perhaps the long standing myth that cutting a worm in half magically makes two worms has overridden any suspicions they may have had.  The lack of earthworms in agricultural farmland in the UK is of grave concern and is indicative of harmful farming practices with research undertaken by soil scientist Jackie Stroud revealing earthworms to be rare or absent in 2 out of 5 farms.

With land misuse accountable for 30% of global greenhouse gas emissions, contributing to the loss of 80 billion tonnes of carbon in the atmosphere, turning our eye to the practices of farmers is a good place to start with the fight on climate change, and thankfully there is a wave of farmers who are doing just that.  Conservation Agriculture (CA), otherwise known as no-till farming, is gaining great global momentum; with 210 million hectares being farmed no-till worldwide, the movement promises to play a significant contribution to reversing climate change.  If only 30% of European farmers practised CA it would be equivalent to the carbon emissions of 22 million cars a year. According to the Carbon Farming Toolkit, British agriculture has the capacity to sequester more carbon than it emits, accounting for up to 20% of the UK’s entire carbon emissions. 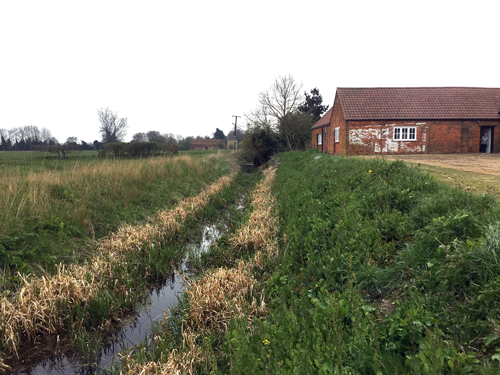 Tony Reynolds, a south Lincolnshire farmer, has been pioneering Conservation Agriculture for 17 years, with an understanding of the vital importance of not disturbing the intricate web of life in the soil.  The farm is not only thriving with earthworms, his yields are high, his inputs are low, nature has returned to the farm and his Soil Organic Carbon (SOC) has increased from 2.1% to 6.26 % over a period of 10 years.  To compliment the production of oats, barley, wheat and beans the farm’s 16,000-bird free range egg production enterprise provides 10 tonnes of potassium and phosphorus a week, eliminating inorganic fertiliser input while nitrogen application has been reduced by 50%.

As we witness greater incidents of prolonged periods without rainfall, followed by heavy showers, conventional agricultural practice continues to exacerbate the risk of flooding, undermining the livelihoods and communities of citizens. Earthworms provide essential drainage and water retention, and in their absence we lose resilience against extreme weather conditions as a consequence of climate change.   With forward thinking pioneers in the industry such as Tony Reynolds advocating for better farming practices we can hold hope for the future. Farmers are upholding their duties as stewards of the land, and financially gaining as a result. Less inputs for farmers leads to better business, better land management, better farming standards and ultimately better food.  The no-till farming conference Groundswell, now in its 4th year, is indicative of this shift and promises a new philosophy for farming and respect for the living soil that sustains us, whilst also offering direct action on climate change. Whilst the profiteering industries surrounding farming and food may not be as supportive to see their profits decline inline with reduced inputs, it is ultimately the welfare of our farmers and communities that will rise, not the corporations. 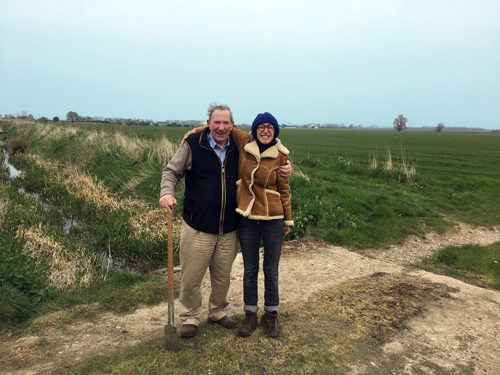