The humble yet mighty powerful earthworm has never quite received the due respect, recognition and adoration it so deserves, until now. The growth of the worm farming community, operating in every corner of the earth from California to the Philippines is an indicator of the scope of the worm fan club. 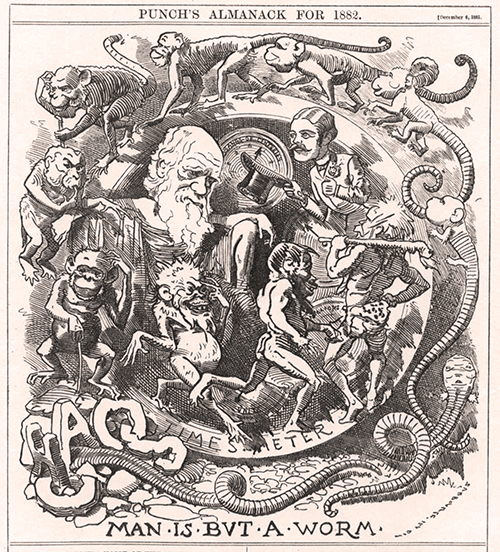 Yet despite Aristotle calling earthworms the “intestines of the soil” followed shortly by Cleopatra declaring them sacred, (the Nile Valley now stands as one of the most fertile tracts of land on earth) it has taken a further two millenia for any recognition of the significance of the earthworm at all, until Charles Darwin. The father of ecology and evolution discovered the earthworm at the very end of his life, with his research being published only one year before his death in 1882. Nevertheless Darwin heralded the earthworm with upmost importance and famously said “worms are more powerful than the African Elephant and are more important to the economy than the cow” much to the amusement of his peers, receiving both criticism and acclaim for his work.

Darwin noted that without the earthworm ancient cities would no longer stand: their ability to convert decaying organic matter into layers of earth, capable of moving six times their body weight, have slowly preserved historic monuments enhancing the fabric of our understanding of life on earth.

Recognising the intrinsic importance for soil health and agriculture, Darwin calculated earthworms to produce 10 tons of humus per acre (Darwin, 1881), although Sir Albert Howard, (Howard, 1947) the early pioneer and advocate of organic agriculture later thought this figure to reach 25 tons per acre.

The timing of publication coincided with the early practice of farming with artificial inputs, with investment and research being undertaken at the Rothamstead Institute – the birthplace of agrochemicals. Naturally there was resistance to Darwin’s discoveries.

Humus is what Darwin called vegetable mould as illustrated in his very imaginatively titled book ‘The Formation of Vegetable Mould through the Actions of Earthworms’ which did however out-sell The Origin of Species in the first year of publication.  Humus is what we now understand to be the foundations of life; rich organic matter teeming with billions of microorganisms, minerals and nutrients essential for plant life to thrive.  The word humus directly relates to the word human, reminding us of our innate dependence on and relationship with the earth, and thus the earthworm.  Although Charles Darwin did not touch upon, or perhaps even recognise the wider significance or the potential role of earthworms to contribute towards agriculture in the way of worm farming, studying them only in their natural environment, had he more time we can trust that he would have concluded that their capacity for organic waste management and fertiliser production was revolutionary. Luckily for the agrochemical corporations Darwin couldn’t continue his research beyond the grave: unlucky for the health of the soil and society.

Heavily influenced by Darwin’s work the pioneer of worm farming George Oliver first published in 1941 ‘Friend Earthworm’, a practical guide to worm farming in response to the wide spread degradation of the soil and society inflicted through the culture and application of agrochemicals. Amongst many other voices of this time the alarm was beginning to be raised. The Honorary Horticultural Advisor to the Ministry of Agriculture Frederick Augustus Secrett warned in his address to the Royal Society of Arts in 1940 that “inorganic manures may be used in place of animal manure …is a dangerous fallacy… the country has seriously impoverished some of the best soils in England.”

Oliver’s contribution to the future of agriculture is immense and he certainly put worm farming on the map, offering a sense of hope for the future. He observed that earthworms can produce an inch of topsoil in five years, where nature would typically take 500-1000. This comes as a welcome discovery when we are facing an unprecedented crisis of the earth, with less than 60 years of top soil left globally, and more notably less than 40 years in the UK.

Thankfully it is now accepted that the earthworm is the most powerful creature of all, and one that we can bestow our trust to help humanity feed itself – at the very least amongst the worm farming community, and we are many, stretching across the globe.  However whilst the worm fan club grows there still remains much work to be done, as the average gardener and farmer are still mostly unaware of the power of worm farming to increase yields and improve the nutritional value of plants.

The Urban Worm CIC promises to persist in the continuous praise of the earthworm and to forever represent their power in the work that we do. All Power to the Worm.