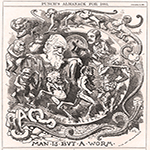 The humble yet mighty powerful earthworm has never quite received the due respect, recognition and adoration it so deserves, until now.  Darwin heralded the earthworm with the upmost importance and famously said “worms are more powerful than the African Elephant and are more important to the economy than the cow” – much to the amusement of his peers, receiving both criticism and acclaim for his work.